So things have been changing for the better in this new, less painful world. I was able to garner great gobs of vigor to take part in a life-changing experience last Monday.  The Friday before, Gina, the dynamo woman in my writing group, called me from L.A. where she lives, and told me about Narrative Strategies, a workshop she had taken that was so fantastic, she really thought I should do it.  Her words were so compelling.  Really, I was most touched that she would seek me out and insist that she knew something was good for me.

Fortuitously, the workshop came to DC on Monday and Tuesday. I talked to Gayle, one of the facilitators, who turned out to be an amazingly kind and genuine person.  I had to tell her about my limitations before I could commit to two eight-hour days of sitting still because at the moment doing so sounded impossible.  She was so nice; she told me to pull up to the townhouse on Logan Circle, and then she came and parked my car for me.  Both she and lead facilitator Chené made me every bit as comfortable as I would have been at home.  Not only that, but they gave me a scholarship to attend so that I could afford it; otherwise, I probably would not have gone.   That was remarkable. Gayle is an angel.

The other people in the workshop were so cool.  Need I mention how rare it is that I actually like other people? Each of them was a whirring spiral of fantastic energy that I ended up learning from and admiring.  Best of all was the instructor, Dr. Chené Swart, from S.A. God, she was breathtakingly beautiful, but also just totally honest and real and cool. I am certain that absolutely every participant leaves with this feeling because she touches him or her and makes a personal connection; but I left with the sense that we had made a sisterly bond.  We had several moments of talking, formally and informally, that felt so meaningful.  I felt so sad when it was over and she was going back to South Africa, like “Oh no, there goes my new closest friend….”

I haven’t told you the most important part yet, the life-changing part, the narrative work itself. Narrative Practices, theoretically, started as a form of counseling.  Then when Chené learned of it, she began using it as a way to work with communities, teams, and organizations, specifically doing work with Organizational Development and Human Rights groups.

So, the idea of this workshop is for you to be able to “re-author” your life. You begin by looking at a narrative in your life that is true and fixed.  A narrative can be any point of view you’ve been holding about anything in your life, maybe something that has been making you feel stuck. Then you examine what is keeping it in place.  For example, my narrative at the moment was “Am I Sicker This Year Than I Was Last Year?” That was the obsession I’d been having over the previous two weeks.

Then you go through a complex process of examining how that narrative got there, beginning with examining the external, taken-for-granted beliefs that keep it there.  So, for example, the doctors’ opinions (i.e. Dead at 48), the medical establishment’s lack of research into connective tissue disorders, Western Medicine’s/my focus on perhaps the wrong set of data, the extra-close care my family takes of me, etc.

The analysis becomes much more complex than this, when you look at how the narrative influences very specific aspects of your life.  The rules for discussion make all the difference as well.  No one can place words in your mouth:  you title your narrative and give all the details yourself.  People in your small group (and the instructor herself) cannot use judgmental language (positive or negative) or provide the language for your narrative at all.  Thus, you take a profound ownership for your statements.

Ultimately, though, you learn that your story is constructed outside of you—it’s just a story you gave meaning to, not the Truth.

Once you understand that, once you have lifted that narrative outside yourself, your job is to develop the title for an alternative narrative to the original, and flesh it out.  In most cases it is a narrative that exists, but perhaps you’re ignoring it, blind to it somehow because of the way it’s fixed within your culture.  Mine became the nauseating, “I’m Not Going to Let Being Sick Keep Me Down” (I’ve since renamed it to the more positive “I am Going to Live my Life Well According to the Resources I Have For Me.”  That feels more descriptive, and less jaunty-jolly). With either statement, I had to build in what I would do when I am sick, because realistically, I can’t throw off those crutches and dance on a day when it isn’t possible. Once you have that title in the workshop, you go back through the same exercises as the first day with this new narrative and discover possibilities, but the work continues outside the workshop, as you can see.

(I should mention that when I described the process to Carlos, he simplified the entire thing with two sentences:  Why not turn the original narrative of “Dead at 48” to “Dead at 84”?  Leave it to Carlos!  Genius, as usual!)

It’s hard to describe the transformation that takes place without belaboring lengthy information that is meaningless to those of you who have not experienced it–yet–without the extremely warm and special personal context. The closing ritual, different for each group, celebrates the transformation causing an extraordinary a feeling of light.

I would strongly recommend Chené’s workshop on Narrative Strategies.  It’s like someone takes off your dirty glasses and cleans them; suddenly you can see your world in a fresh and wonderful way. You can feel a great sense of power, which can be extraordinary for a person whose life is largely powerless.

Sorry to go on so long.  It feels so good to be writing again. 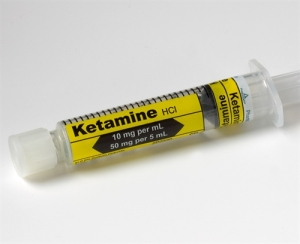 Things have been so icky for the last several weeks I have (obviously) been skipping my blog writing, journaling, and painting.  I just haven’t felt like any of it. I had one medical test that made me feel so bad, I was just flat on my back for days and days….and do you know what?  They haven’t even bothered to give me the results yet.

Then it has just felt like things have been moving so fast.  There is a doctor appointment downtown every day, and then I have to get to the tanning bed; when you don’t feel quite 100% yet, just getting this stuff down sucks up all the resources.

I write my blog in my head sometimes.  Even then, the narrative trails off.  I’m tired.

BUT, I have a gorgeous tan, mind you, since I keep following the advice of “Kate Middleton,” my biologist-medical consultant to get an hour’s worth of sun each day (or its tanning bed equivalent).  By the way, by her permission “Kate Middleton” may now go by her proper name, Dr. Kaye Blee.  It’s thanks to her I am truly a bronze goddess, the envy even of the women who work at the tanning place.  I keep meaning to have someone take a picture, but I take such rotten pictures.  Still, if you saw me you would agree that even my multi-scarred legs look good.

Things have taken a turn for the better, however.  I mentioned not being able to gather any enthusiasm for going to the newest pain doctor. Turns out new pain doc seems to be a keeper. Within an hour, he saw the mistakes the old guy was making and laid out a treatment plan with OPTIONS.  He has some ideas for treatments that I have not been offered before that seem like they are very promising.

I had a minor one late last week (cortisone injections in my Sacroiliac Joint, which made a dramatic difference).  In the future, I will have Botox injections in my shoulders and forehead (oh, so sorry, buh-bye wrinkles!) because of my myofascial/migraine pain.  Most interestingly to me, though, is the option for me to take part in a 3-day infusion of Ketamine.

Long past my Ecstatic prime, I was aware of Ketamine as a disco-drug in the 90s (see users’ descriptions of “going down the k-hole” here).  Someone offered it to me once in a bar, and I asked my brother about it.  He said, “Uh, dude.  Those people are so stupid.  That is an animal tranquilizer.”  Ironically, Ketamine is now used as a human tranquilizer–or anesthesia, that is.  But the newest use for it is as a “reset” for pain receptors.  There’s a topical pain cream that is much like the great pain cream I have been using, only with Ketamine in it.  Thanks to new pain doc, I have the new Ketamine cream already and it is very effective. Apparently, a three-day iv trip down the k-hole (at controlled doses, of course) can reset one’s pain receptors considerably. Research on the topic is enough to make me want to sign up for three days as an inpatient. Still, I reserve optimism about this treatment, this doctor (I won’t even name him yet) because I keep becoming so effusive for no good reason.  I’ve decided to conserve my easy ejaculations of exultation.  You never know when you’ll really need ejaculation.

So to review, I‘ve started with the SI Joint injection, which I’ll stick with for a while.  The Botox injections are on the table as I understand it and will happen shortly. Wiggling down the k-hole will be some time in the future.

It’s really nice to have a list of possibilities to anticipate when pain is a permanent fixture.